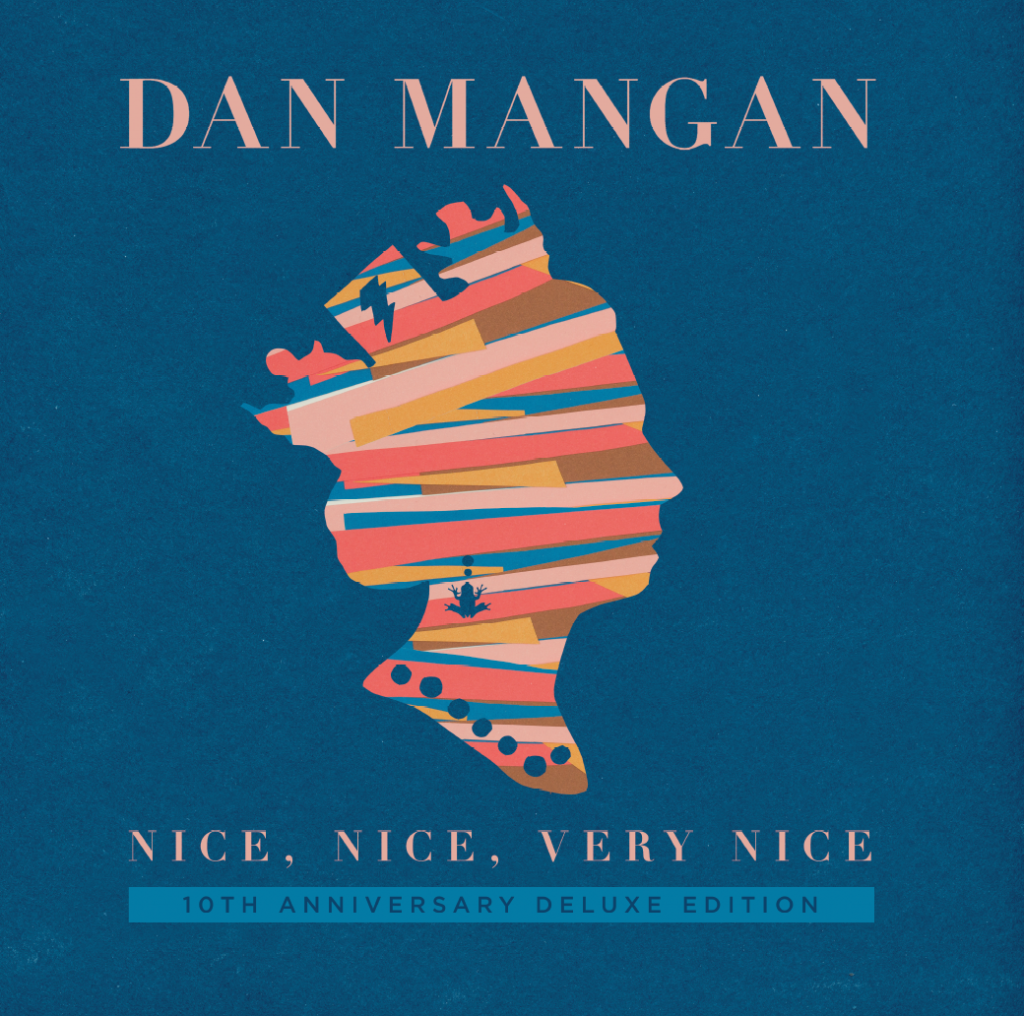 I remember the months prior to recording this album were complicated. I’d cut ties with my manager and my relationship with my record label was uncertain. I had been denied every recording grant I could find. Postcards and Daydreaming was financed on a line of credit, which hadn’t been repaid. If all this was easy, it wouldn’t matter how it ends.

I remember going for a long walk with my mom and step-mom. I knew I’d written some decent songs, but I was terribly broke and scared to move forward. We came up with a plan – that I’d draw up a proposal and reach out to people in our community, asking for contributions toward the production cost. I’d pay everyone back with interest. “There are people who would love to support you”. This was before crowd-funding was a thing, but we’d inadvertently stumbled upon it.

I remember telling John Critchley that I wanted the album to be thoughtful, but that it should still feel like a party at times. John had recorded some albums for Elliott Brood, who I’d toured with in Australia. I emailed him the demos and we had a few long-distance chats. He believed in the songs and I was excited to work with him. I was also excited to work with someone in Toronto – it seemed like a world away from Vancouver.

I remember arriving with Kenton, Johnny and Aaron. It was a new band. I think we all felt the potential of what we were doing. Aaron fell in love shortly afterward and moved to the interior of BC to start a family. Kenton and Johnny and I continued to play music together for a very long time.

I remember there was a moment where You Silly Git sounded like a song by The Police.

I remember staying in the east end of Toronto with family-friends and riding the Queen St streetcar from The Beaches to Parkdale – an hour commute to and from the studio each day. It was just enough time to obsessively over-analyze everything we were working on.

I remember running in to Kevin Drew from Broken Social Scene at Poor John’s – where I’d get my coffee each morning. That was exciting. I was in love with his band and also with his record label, Arts & Crafts.

I remember Justin Rutledge was very hung over, but I convinced him to come in anyhow, and he still sang like a bird on Tina’s Glorious Comeback. “Is this song called Tina’s Glorious Scumbag?”. Mark Berube played piano on Robots and Sold and and even took a verse on Some People, and those piano melodies lingered in my head for years. Mark Sasso screamed the high notes on Robots. Ryan from The Warped 45s played mandolin on Road Regrets. Jean-Olivier and Rachel Prince came in from Quebec City to play violin and trombone. It was to them that I said “Allons y” at the beginning of Et Les Mots Croisés, which prior to that moment had been called Tea and Crosswords. Anne Bourne was an old friend of John’s, and she improvised cello lines. Shaun Brodie was a new trumpet friend. To me, he was famous because he’d played with Hayden.

I remember sitting on the floor of the live-room with my eyes closed, listening to a string quartet play the arrangement to Basket that Todor had written. The weight of the mini orchestra was overwhelming, and served as a nourishing respite from the clatter in my mind. I didn’t know then that I’d end up playing that song at pretty much every single show thereafter.

I remember coming home to Vancouver for Christmas of 2008 to record some overdubs in the foyer of my pal Julian’s parents’ big beautiful home in Shaughnessy. I’d convinced Veda Hille to add her talents to Indie Queens, but she called me in the morning and said that she’d sprained a finger putting on her boots: “I have mom brain”. I asked her if her other hand was okay. She played single-handed melodic piano lines, wandering between the lyrical phrasing. It was unique and captivating – just like her. Kirsten was in the next room, holding Veda’s newborn baby Anders, who we now hire to water our plants when we go out of town.

I remember gathering a ton of pals from the Vancouver music scene to sing the gang vocals on Robots. Said The Whale, Hannah Georgas, The Zolas, etc. None of us knew then what that song would become for me. I don’t remember which of us started applauding at the end, or why – what a bizarre thing to do… but for some reason, I think that little closing group-clap is integral to the recording’s sardonic tenderness.

I remember how important it was to me that the album should finish with the same soundscape as it started – so that if the CD was in your car, you’d let it start over again and not really realize it. If there’s an indication that this album is now old, it’s that I was thinking about people hearing it from a compact disc. The sounds are harmonics from Aaron’s dobro.

I remember John driving to Etobicoke and back on his own in the evenings after we’d wrap up, listening to mixes in his car. And the pitchers of beer we shared when it was all over. “Life is right now,” he told me, “don’t wait to do anything”.

I remember coming home to find my roommate Colin surrounded by little bits of blue and black construction paper. He was scanning them into his computer and arranging what would become the “Queen’s Head” album artwork.

I remember the elation I felt when I learned that I’d been awarded an $11,000 recording grant after the album was already finished. I’d borrowed $10,000 from extended family. Debts would be repaid. Incredible.

I remember sending the album to every booking agent in Canada. The only one who responded was Adam, a junior agent at Feldman with whom I had some mutual friends. He was my agent for several years, up until he quit the music industry and went to business school.

I remember when Robots was added to Grant Lawrence’s CBC R3 podcast. At that time, it was the greatest bit of promo you could hope for in Canadian indie music. My pals in Said The Whale had begged Grant to let me play a few songs at his solstice party the previous winter. “The party is roaring! This would be the worst time for a singer-songwriter dude”. I played Robots, which I’d just written, and brought the damn house down with a singalong. I couldn’t believe how it sucked the whole room in.

I remember feeling confused when my name was called instead of Joel Plaskett’s at the Verge Awards. They gave me a cheque for $25,000! I paid off the remaining debts from Postcards and Daydreaming and used the rest as a down payment on a van that carried the band across the country a week later. Things were moving quickly.

I remember the first time somebody showed up to a concert head-to-toe in a robot costume. The song wasn’t even mine anymore. Robots had taken on a meaning far beyond what I think I had intended. It just couldn’t have been planned in some board room, which made it all the more beautiful and real. What was even more bizarre was that it started to happen more and more frequently. I’d invite entire groups of robots on stage to dance while we closed the shows. It was ludicrous. It was a carnival. I was the ringleader.

I remember selling out The Horseshoe in Toronto and feeling like I’d climbed Mount Everest. The next morning, The Globe and Mail published a scathing and mean-spirited review of the show. I was devastated. They will crown you, then they will take your legs. My brother Neil, who was tour managing, looked for a silver lining. He said, “You’ve made it! You’re popular enough to trash!”. The writer commented on my lyrical usage of the word “ample” in Basket, and suggested that it simply was “not a songwriter’s word”. It has since been my mission to pack as many clunky, unpoetic words as possible into my songs. The race is evidently to the bottom.

I remember my boss calling me from my restaurant job in Vancouver: “You’ve been touring for six months, and every month you’re gone, I have to fill out a form explaining why you’re still on the payroll. I don’t like paperwork – so I’m letting you know that you’ve quit.” I might have never pulled that trigger if he didn’t do it for me.

I remember receiving an email from Arts & Crafts while on tour in Amsterdam with Kirsten. They wanted me to join their management roster, and potentially their record label. I closed the computer. I could barely even handle it and worried that if I responded too quickly, they might rescind the offer. We went for dinner.

I remember wanting to be a troubadour. I wanted to add my sweat to the walls of every dive bar in the world. I loved the fantasy of it all. Chasing somebody else’s dragon. Now I care less about being seen in that light. I’m not a mysterious kind of artist, lurking pack-to-pack in the moonlight. I’m a guy who wants to write songs that articulately discuss how the pros of existing might outweigh the cons. I’m a guy who takes the early flight home so I can eat lunch with my kids. I hope that’s enough.

I used to be so young. How did I get so old?